Why Kim Kardashian Sleeps With Olaplex! 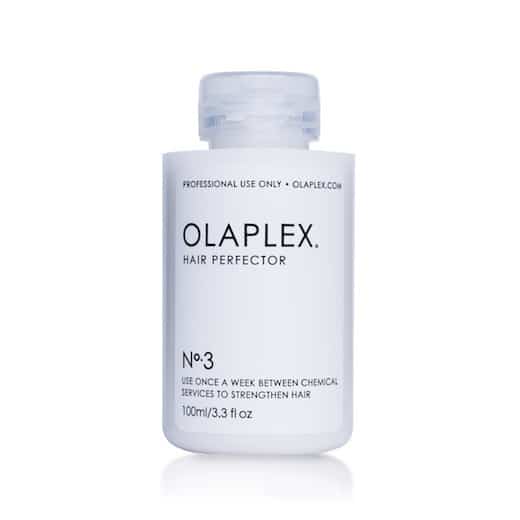 Like many women before her have done, Kim Kardashian recently made a dramatic hair change, going from her familiar dark brown locks to platinum blonde. The initial change was done in one sitting, a six hour stint in the salon, and was maintained with three follow-up services in just one month’s time. The result was dry, damaged hair which sent Kim back to her dark roots shortly thereafter.

But the damage was done. So what does Kim use to combat the damage done by harsh bleaching?

Kim says she was introduced to Olaplex and has seen dramatic results since she started using it to improve her hair’s condition. Although the general recommendation is to leave Olaplex on for ten minutes or longer, Kim says she sleeps with Olaplex No. 3 in her hair and is seeing stronger, healthier hair as a result! Remember, we always recommend that drastic changes like this or going from any color to platinum blonde, be done in a series of visits over a period of time with Olaplex treatments during and in-between services.

5 Easy Ways To Keep Your Hair Healthy Between Salon Visits

Taking good care of your hair at home doesn't have to involve spending lots of time and money. These simple tips will keep your locks healthy and strong, and help you to enjoy soft and shiny hair every day. Check out these expert tips from our hairdressers in Exeter. 1. Find A Routine That Works […]

How To Embrace Grey Hair

Greying hair is a natural sign of getting older, and the experience and wisdom that comes with age. More people are starting to embrace their silver locks and use going grey as an opportunity to shake things up and try a new look.  Whether you have just spotted your first greys, have decided to ditch […]

Space buns are often associated with festivals, but this versatile look can be tailored to suit any occasion. They can be as messy or as sleek as you want, and look great on any hair length and texture. How To Do Space Buns Brush your hair and create a middle parting to split it into […]